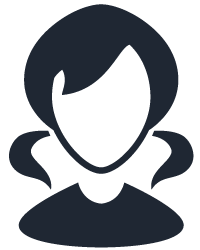 My name is Jackie. Welcome to my new blog. This blog is designed to offer advice and information to anyone out there who is considering reinventing their home. I woke up one morning and realised that I hadn't changed the decor of my home in over 15 years. The wallpaper was faded, the fireplace looked dated and the paint on the walls was chipped and cracked. I woke my husband and insisted that we take action. The next day, I contacted various remodelling contractors and started discussing plans. I spent the next couple of weeks chatting with them as they completely transformed my home. I was so pleased with the result, I decided to start a blog.

Cabinets are a prominent feature that significantl …

No matter where in your home you remodel, you'll n …

How To Conduct Kitchen Renovations
23 July 2021

If you intend to conduct home improvements, it wil …

Most business owners will engage in an office fito …

Peninsula or island? It might sound like a question from your old geography textbook, but it's actually a very important question to ask yourself when you're designing a kitchen. While peninsula layouts place most of the countertop along the wall with one part extending to form an L shape, islands position one large section of countertop by itself in the middle of a kitchen.

There's really no right answer when it comes to choosing between them – it's all down to your personal needs and wants. Here are four important things to consider.

1. The Size and Shape of the Kitchen

Probably the most important thing to think about when you're trying to decide between a peninsula layout or an island is the size and shape of your kitchen. If you're dealing with a longer, thinner kitchen, a peninsula layout is going to be better; it will fill out the space more effectively and won't prevent multiple people from walking around.

However, a peninsular layout can make a larger or squared kitchen feel a little empty since all the workspace is kept along just one side; with such kitchens, a central island is going to look better, and you'll still have plenty of space around it.

2. The Number of Appliances

The fact that a peninsular shaped kitchen sees most of the working surface sitting flush against the wall is often seen as a disadvantage, but this is actually much better for people with plenty of appliances. It is easier to fix outlets along the wall, and most walls will already have plenty of them, so you won't need to keep switching plugs when you move between appliances. Additionally, it's more convenient to have your appliances against the wall rather than right in the middle of an island.

3. The Number of People Who Cook

In many homes, there is only one person who tends to cook. However, this is not always the case. If you live with a friend, have a partner who likes to cook different meals from you, or simply enjoy having people over to make tasty treats together, a kitchen island is generally better than a peninsular layout since you can all take a different side and socialise with each other more easily.

In contrast, a peninsular layout is usually more convenient for just one person since they will be able stand at the corner of the L and have plenty of counterspace surrounding them.

Finally, take the time to consider what kind of seating you already have in the kitchen. If you already have a full table and chairs, you don't really need anywhere else to sit and have a quick bite. However, kitchens that aren't actually used for dining can benefit from having an island. If you don't fancy making up the table in your dining room, or if you just want to keep things casual, you can simply sit and eat at the island. Many come with chairs, and the whole family will be able to sit around an island as if it was a table.